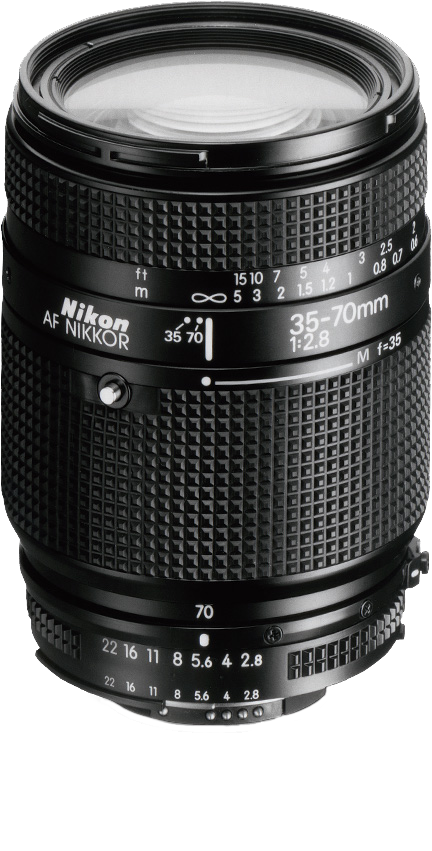 Who came up with the “Three Big Dragons”?

No one remembers who said it first, but at some point people began referring to the f/2.8's fixed wide-angle zoom, standard zoom and telephoto zoom as the mahjong hand “Three Big Dragons”. While the ancestor of the f/2.8's fixed zoom is 80-200mm f/2.8 released at the height of the manual era in the early 1980s, just people say the auto autofocus age is also the age of zoom, the 1990s saw the development of normal zoom lenses that weren't just telephoto lens, We'll start with the AF Zoom NIKKOR 35-70mm f/2.8 standard zoom lens, which was developed in 1987 by the hard-drinking optic designer Kiyotaka Inadome. This lens was popular for its masterful design, such as a simple lens consisting of a third group of fixed concave lenses in addition to a linked second and fourth group convex lenses, as well as a concave-convex-concave combo instead of ED glass. 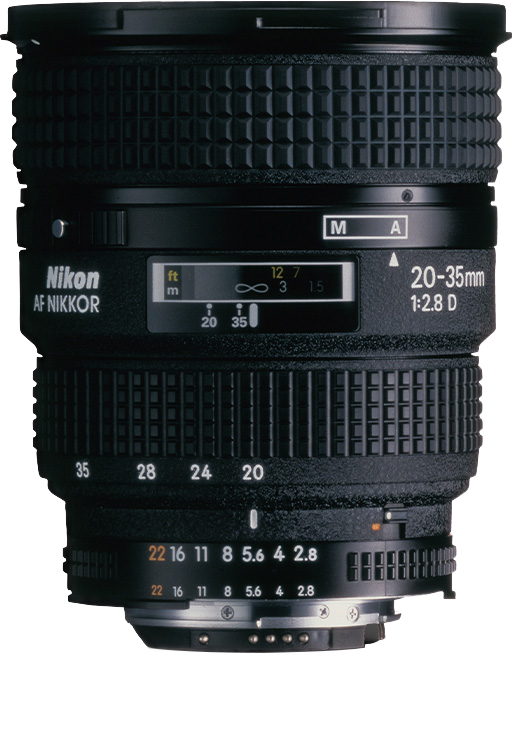 It's successor, the AF Zoom NIKKOR 20-35mm f/2.8D(IF), would appear a bit later in 1993, completing the original “Three Big Dragons” f/2.8 zoom series. Even though these lenses use the two-group inner focus developed, their ability to zoom without complex inner cam mechanisms minimizes movement of the point of focus. This crucial feature has become a Nikon tradition used in nearly every subsequent normal standard lens or wide-angle zoom lens. The large aspherical-surfaced glass was ground via direct application of a grindstone and improved wide-angle zoom shots.

The motive force of the autofocus in the second generation of the “Three Big Dragons” was ultrasonic motorized SWM. The AF-S Zoom NIKKOR ED 17-35mm f/2.8D(IF) and the AF-S Zoom Nikkor ED 28-70mm f/2.8D(IF), both of which were released in 1999 and featured concave-led fourgroup zoom. The times may have changed, but the ideas remained the same. They would mark the appearance of the normal lens ultra detailed Precision Glass Mold(PGM) aspherical lenses that would support NIKKOR in the days to come. The line-up included both of these extensions of the wide-angle zoom and was rounded out by the longawaited AF-S VR Zoom-Nikkor ED 70-200mm f/2.8G(IF)(2003) telephoto lens. 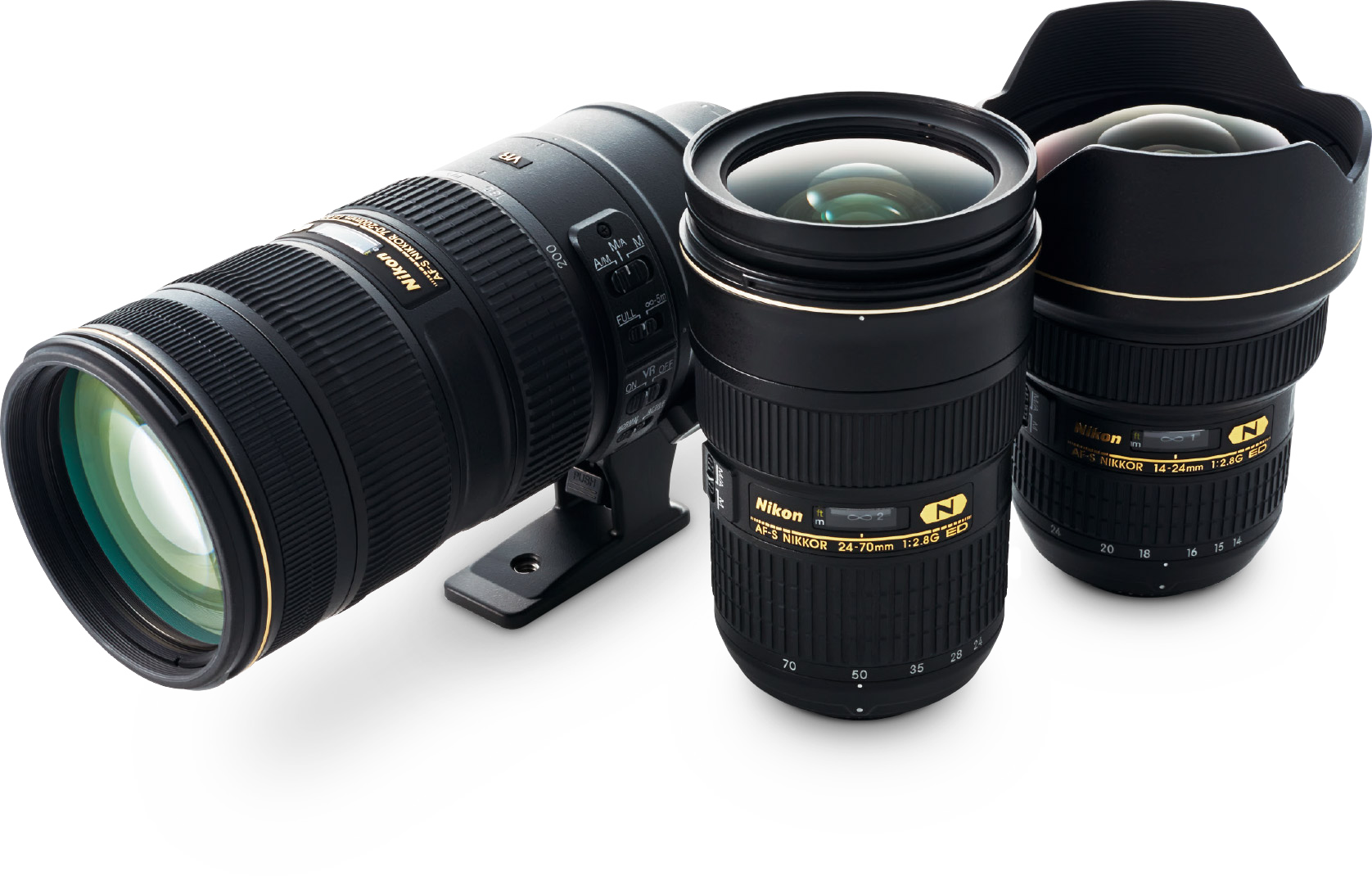 The third generation of the “Three Big Dragons” was developed using PGM with greater form and accuracy as well as a new low-reflectivity Nano Crystal Coat in anticipation of the coming era of ultra-high pixel counts in digital cameras. The line-up included the AF-S NIKKOR 14-24mm f/2.8G ED, which many couldn't believe was a zoom lens, and the new objective for normal standard zoom lenses, AF-S NIKKOR 24-70mm f/2.8G ED (both released in 2007), as well as the AF-S NIKKOR 70-200mm f/2.8G ED VR II 2009., which set the standard for ultra high performance. All of the third generation lenses were shipped after inspection by the MTF, and they were often used paired with the famed D3 series digital single-lens reflex cameras to capture memorable images.

There were also the AF-S NIKKOR 16-35mm f/4G ED VR, the AF-S 24-120mm f/4G ED VR, and the AF-S 70-200mm f/4G ED VR, a trio of lenses that didn't hold back in terms of fastness in keeping with advances in the highly sensitive characteristics of imaging elements known as the “Three Little Dragons”. Being f/4, they had their own set of capabilities on part with the “Three Big Dragons” as part of a new digital generation series featuring vibration reduction and Nano Crystal Coat. 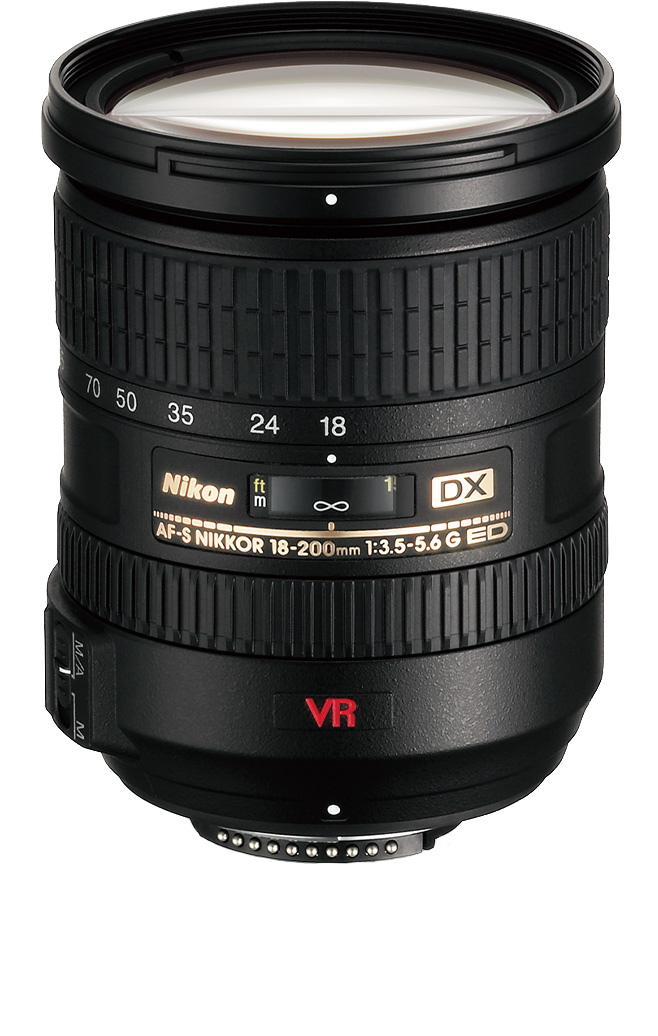 NIKKOR has always been involved with high-power zoom lenses. This began with the 5.7x zoom 35-200mm f/3.5-4.5, which was released ahead of the competition in 1985. Then, when global trends shifted towards digital single-lens reflex cameras in 2006, Nikon suddenly switched from the high variation zooms that were beginning to lose steam and took the camera industry by storm when they released the AF-S DX VR Zoom-Nikkor 18-200mm f/3.5-5.6G IF-ED, which was equipped with ED lens, Silent Wave Motor (SWM), vibration reduction, and 11x zoom.

As if these specs weren't enough, this lens also possessed imaging capabilities that set it apart from traditional high-power zooms. In what turned out to be a complete surprise to the planning department, their expected monthly production rate of several thousand units was exceeded with a massive amount of reservations, resulting in a legendary 40,000 backorders in just a month, thus necessitated an immediate and rapid increase in production. The main design reasons this lens was such a success were the effective use of aspherical surfaces, the group VR and the fact that it was actually a bit large. The aspheric surfaces used in the VR lens group were at the time a unique feature that prevented any loss of performance even if the lenses shifted that has now become taken for granted. The image circle of the lens was a DX size that was size smaller (1/1.5x) than the full 35mm FX size, but this proved to be perfect for good performance and ease of production, the latter of which meant that it was easy to keep up with the massive amount of backorders.